As well as being a writer, Carol Godsmark is a freelance journalist specialising in food-related subjects, restaurant journalism and writing about film and travel. She would love to hear from you for any commissions and copywriting. 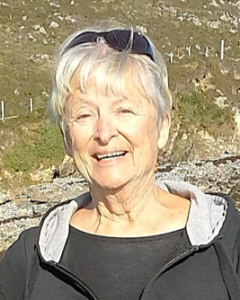 Carol Godsmark was born in Canada, moving to Czechoslovakia, behind the Iron Curtain, as a child followed by Switzerland, Denmark, back to Canada and finally settling in England. Her professions have ranged from journalism (restaurant critic for 20 years, travel, film, medical), PR for an independent cinema and its international film festival, a junior nurse, marble importer, administrator-organiser for summer music schools, chef-restaurateur, charity work for children with disability in the West Bank and as charity director for women in Chernobyl. Trained in Journalism and Radio at Portsmouth. Volunteer work has included five years as a Samaritan and for the courts’ Witness Service Programme and Victim Support. 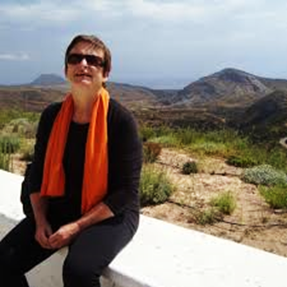 Stalin’s Czech Guests came out of an MA in Creative Writing degree at West Dean College in collaboration with the University of Sussex with Greg Mosse, writer, translator and creative writing teacher. The novel is based on her childhood growing up in Prague during the Cold War and the impact it had on family life..

Her first published novel All Change came out in 2018, the synopsis on the Books page.

Her second novel, Cooking the Books, is in the final stages. Her non-fiction books – six – include How to Start And Run Your Own Restaurant: An Insider Guide To Setting Up Your Own Successful Business.

Carol completed a year’s Playwriting Course at Chichester Festival Theatre (2013-14) with tutor Greg Mosse, Number 60 to the Somme, the outcome and performed in Chichester, West Sussex, and elsewhere.

She lives in West Sussex.