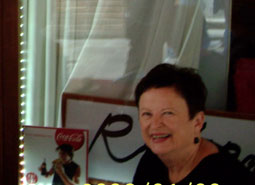 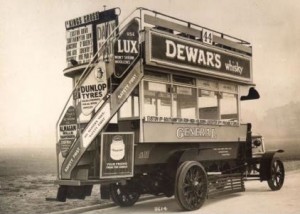 Synopsis: In the glorious sunshine of June 1914, there was no thought of war, no international crisis and no hint that crowned heads of Europe were poised to tumble, one after the other. But all this changed on August 4, 1914 when war was declared, the street posters of Kitchener pointing his finger at young men creating a fervour of patriotism. Ted Digby, a 45 year old driver of the red double decker is no exception.

Ghost Army charts the Great War and its impact on a spectrum of British society seen through the eyes TED DIGBY, the driver (45) of an iconic red London Omnibus. Dalston-born and bred and bound for the Western Front, he is seen as too old to take on such arduous, dangerous work by his wife and daughter but due to the fervour of partisanship on the opening days of war, he decides he must be instrumental in the battle. Like many, he believes that the war would be short-lived.

“Well, a lot of people think it would be over by Christmas,” he reasons. He is accepted, despite his age, and is seconded to the Army Service Corps, his bus affectionately named Ol’ Bill, pushed into service from its usual route of Euston Station to Shepherd’s Bush via Trafalgar Square to the Western Front during the four years of conflict in Belgium and France.

Passengers on the bus include RALPH GANT (23), pigeon handler who takes over the top of the bus for communication to the Front Line and who cannot communicate verbally to people due to shell shock, only to his birds; BILLY BOY COTGRAVE (20), Ted’s co-driver who finds a mentor in Ted and falls in love with Ted’s daughter Ruby ; DICKIE LOVELOCK (29), a London wheeler dealer and one-time driver to Lord Harmsworth via whom he discovers the finer things of life working for the print baron. He will stop at nothing to acquire stolen goods when working on the war bus.

The story fluctuates between the Western Front (Ted, the bus, the characters, the effects of war) and the Home Front (Ted’s wife Norah, their daughter Ruby, the impact on their lives and a growing awareness of women’s emancipation due in part to the absence of men, new openings in their lives including taking on jobs previously filled by men, now at the Front).

To avoid spoiling the book for prospective readers, the entire synopsis will be sent to interested parties (agents, publishers) alongside a covering letter. Edited by professional editor.

Please visit Short Stories & Plays for NUMBER SIXTY TO THE SOMME, co-written by Carol Godsmark and Greg Mosse for production at London Transport Museum and other venues. Based on Carol’s novel, Ghost Army. 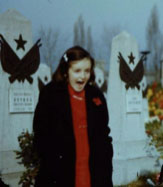 PLOTLINE: Flora’s safe, comfortable, predictable life in Canada is turned upside down when the family moves behind the Iron Curtain to Prague to work at the Canadian Embassy in 1953. The date is at the height of Soviet clampdowns in Czechoslovakia during Stalin’s grip on the country, combined with western McCarthy-era Communism paranoia. Soon left to her own devices in the Czech capital due to her father’s work and her mother’s life-threatening illness, Flora inadvertently enters the world of spies. An avid Nancy Drew reader, she soon takes on the mantel of spy herself and becomes embroiled in escalating situations involving her parents, their housekeeper Dalibora, Mrs. Svobodova (the dissident painter who Tom commissions a portrait of Flora and her journalist husband for Tom’s own comprising diplomatic information-sourcing) – and new friend Petr, a 14 year old Czech boy with a past, all main characters posing a danger for both Canadian and Czech outsiders.

Based on the author’s upbringing in Prague during this era, many of the events reflect an outsider’s life and experiences of the author. Flora and her family are some of the few Westerners in a land of fear, political show trials, food shortages and Soviet posturing which needs to be negotiated. Yet, the human spirit is largely the same throughout the world as Flora finds out. The usual stories written about this era are usually the reverse: people fleeing Iron Curtain countries, not moving to them.

Available in paperback or Kindle format via Amazon, Waterstones, Little, Brown Book Group, Dummies and Foyles, plus libraries and by request. 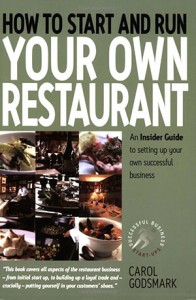 How To Start And Run Your Own Restaurant: An Insider Guide To Setting Up Your Own Successful Business 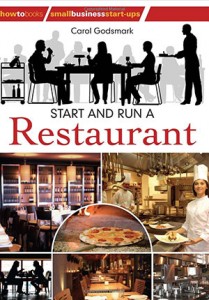 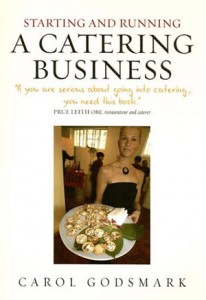 Starting And Running A Catering Business: How To Start And Manage A Successful Enterprise 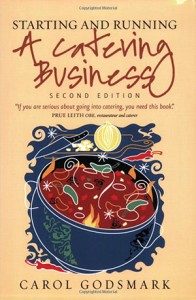 Starting And Running A Catering Business: 2nd Edition: How To Start And Manage A Successful Enterprise 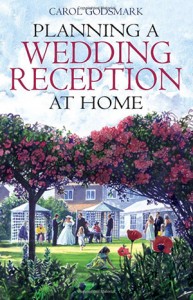 Planning A Wedding Reception At Home 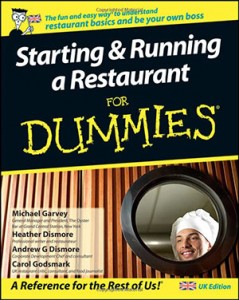 Starting And Running A Restaurant For Dummies